5 Apps for Simplifying Your ‘Getting Things Done’ Process

Are you the kind of person who makes a list at the beginning of the day and then crushes it before the sun goes down?

Or, are you the kind of person who wants to be that kind of person but ends most days with a handful of half-finished projects, missed deadlines, and emails awaiting responses?

Let’s be honest: We all want to be like the person in the first scenario, but most of us are fighting a constant battle to avoid being the second person.

Well, I have a secret for you.

“Getting Things Done” isn’t about being superhuman. It’s about having the right tools and using them effectively. It’s more Batman than Superman. 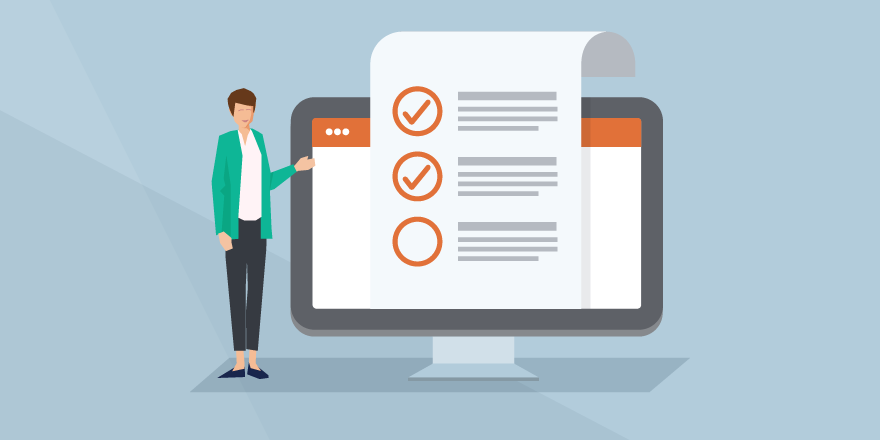 To get things done efficiently, both at work and in your personal life, you need a system that works. And as a project manager—either by title or by accident—organization and time management are essential skills.

After all, if you can’t keep track of your own priorities and schedule, how can you lead your team in those areas?

But sifting through thousands of productivity apps or trying to juggle projects between a dozen different apps on your phone is counterproductive. So, I’ve done the research for you and have found five apps you can start using today to get your “Getting Things Done” process in order.

What is the ‘Getting Things Done’ process?

Since the book was first published in 2001, the “Getting Things Done” movement has become a phenomenon, with certified trainers franchised around the world and a global summit in 2008.

Like Elvis Presley’s mantra (taking care of business, or TCB), “Getting Things Done” is known in shorthand as GTD.

The GTD system can be summed up by this principle: The more productive you are, the less stress you’ll have.

In other words, get more done in less time so you can relax more.

The key to this, according to Allen’s system, is to prioritize your inbox so that you can remove clutter and focus on your task at hand, while moving incomplete tasks into a reliable queue until they are your task at hand.

The “Getting Things Done” process requires the following tools:

In 2001, those tools were still physical—an actual file cabinet and desktop calendar. But in 2018, you can access versions of all of those tools on your phone.

For some people, having a physical calendar or to-do list is their most reliable way of getting organized, and that’s fine.

But technology has come a long way since the early 2000s, and apps are here to stay.

A GTD tool on your smartphone includes features—such as automation and collaboration—that your trusty old notebook or daily planner calendar just can’t compete with and can save your business time and money and help your team stay connected.

5 GTD apps to save time and reduce stress

Focusing on the GTD system’s five key tools—inbox, trash can, filing system, checklist, and calendar—we’ve come up with the five options below that address all of GTD’s steps.

I chose these options after reading through a handful of GTD message boards to see what real practitioners recommend and use themselves. These five tools came up over and over again. Some are iOS only (after all, there are quite a few Apple users out there), but I have also included cross-platform options so that everyone is covered.

Apps are listed in alphabetical order.

A Gmail inbox alongside the G Suite ecosystem of apps (Source)

The GTD system starts with the inbox, and G Suite—Google’s GTD-friendly ecosystem—has that covered with a little program called Gmail. You may have heard of it: It’s only the most popular cross-platform email client on the planet.

From there, you can archive old emails or file them away into sorted folders, for ongoing projects that you need to come back to.

G Suite also has Google Docs (or Keep) for taking notes and making checklists, and Google Calendar for keeping track of your team schedule. Collaboration is a strength in G Suite: Team members can comment and reply on everything from documents, to spreadsheets, to presentations. And of course, everything is integrated.

BEST FOR:  Highly collaborative teams that are comfortable working in a Gmail-based environment.

Price: $5 per user, per month for custom email domain, 30 GB storage, and 24/7 support. You can download the component apps individually for free.

Microsoft To-Do on a laptop and an iPhone (Source)

If you’re already familiar with GTD apps and you’re wondering why Wunderlist (the beloved German task management app) isn’t on this list, it’s because Microsoft bought Wunderlist in 2015 and has promised to replace it with Microsoft To-Do.

As of the summer of 2018, Wunderlist is still hanging in there, but Microsoft To-Do general manager Ori Artman said in 2017 that, “Once we are confident that we have incorporated the best of Wunderlist into Microsoft To-Do, we will retire Wunderlist.”

The good news is that—as Artman said—Microsoft has promised to incorporate all of Wunderlist’s best features (such as a free version, collaboration, cross-platform functionality, notifications, and subtasks) into To-Do.

To-Do also includes hallmark feature My Day that allows users to pull a few tasks off their backlog to focus on tackling that day. If you’re an Agile project management enthusiast, you’ll love this feature.

BEST FOR:  Agile project managers comfortable working in an Office 365 environment who are looking for a super-simple GTD tool and don’t want to pay a dime for it.

OmniFocus running on an iPhone (Source)

OmniFocus is available only on iOS devices, so if you’re not an Apple user, you can skip ahead to number five. If you are an Apple user looking for a GTD app, you’ll want to give OmniFocus a good, long look.

Sacrificing hyper-simplicity for horsepower, OmniFocus adds some heft in the features department for users who don’t mind trading a little clutter in the UI in exchange for a few more functions.

The most recent update—OmniFocus 3, released in the spring of 2018—includes new features such as automation, tags, and batch editing. If you’re really serious about GTD, you’ll love the way OmniFocus was built specifically on a GTD foundation, guiding the user from inbox to processing and delegation to organization to action and review.

Keep in mind that collaboration is not a strong point for OmniFocus, which is designed for single users (the developer has a different product, OmniPlan, for team projects). If your projects require lots of collaboration, you’ll need a separate tool.

BEST FOR:  GTD power users who do most of their work alone are fully committed to Apple products and don’t mind spending a little money for their GTD tool.

The lists view on the Things app (Source)

The curiously named “Things” app started as a Mac program by German startup Cultured Code in 2007 and was actually one of the first apps released for iPhone when the App Store launched in 2008.

Things has remained loyal to Apple, helping to launch the iPad and Apple Watch with updated versions of the popular productivity app. It won the prestigious Apple Design Award in 2009 and 2017 and is now in its third generation: “Things 3” was released in May 2017.

How has Things stuck around for more than a decade, gaining new disciples every year? Reviewers find that the minimalist design fits well with Apple’s ecosystem, and the app has just enough features—inbox, filing system, to-do list, calendar—to fully implement your GTD system without extraneous features to distract you.

While OmniFocus excels in customization and depth of features, Things excels through its simplicity and minimalist design. Like OmniFocus, Things also cuts out collaboration, so you can use it to get your own things done but you’ll need another tool to get your team involved.

BEST FOR:  Solo users who want a simple, elegant GTD tool that fits right in with the clean, minimalist Apple aesthetic.

Todoist’s view of a task-free day (wouldn’t that be nice? ) running in a browser (Source)

If the last two apps sounded perfect to you, but you don’t have an Apple device, you’re in luck. Todoist takes the best elements of OmniFocus and Things and delivers them in a cross-platform package. It even has a browser version.

Dating back to 2007 (the app was created by Bosnian refugee Amir Salihefendic as a way for him to organize his own projects), Todoist has built a user base five million strong (that’s halfway to Flintstones Vitamins)!

What sets Todoist apart? It has a free option, it includes collaboration tools (unlike OmniFocus and Things, which are designed for one user), and it has a unique gamification feature, rewarding users with “karma” for completing tasks.

It also has all the functions necessary to implement a streamlined GTD process. But perhaps Todoist’s greatest strength is that you can use it on any device with a browser.

BEST FOR:  Brand-agnostic and budget-minded project leaders who just need to get things done.

What are your favorite GTD apps?

There you have it. I hope these apps get your “Getting Things Done” process up and running smoothly and help you declutter. Remember, everyone needs to tailor their own system. So try out a few of these if you need to, and see what sticks.

What are your favorite GTD apps? Please share them in the comments!

Senior Content Writer @ Capterra, sharing insights about retail. Published in PSFK, Modern Retail, and the Baltimore Sun. Austin transplant. I love spending time outside with my dog or floating on the Colorado River in my inflatable kayak.

An amazing list of applications! Recently, I found an interesting application named “My Stuff Organizer: For Personal Stuff Management”. This Personal assets management application helps me to sort out my stuff/things and also keep a track of it. Moreover, if there are any gadgets, it sends me a notification for the warranty expiry date. It’s very helpful and productive android application.