How to Build a Rock-Solid Project Communication Plan: A Checklist

On the morning of Jan. 13, 2018, an alert was sent out to residents of Hawaii, warning them—in no uncertain terms—that ballistic missiles were headed for the island.

“SEEK IMMEDIATE SHELTER. THIS IS NOT A DRILL.” the message read, spelling out the dire implications for the recipients.

As it turned out, there were no missiles headed for Hawaii, but the people who received that alert didn’t find out that the grim message was an error until almost 40 minutes later. During that time, all they could do was sit and wait for unavoidable doom.

Even more than the initial operator error and miscommunication that led to the false alarm (an employee mistook an internal drill for an actual emergency), the subsequent actions—or lack of action—by authorities turned the incident into one of the highest-profile communication breakdowns in recent memory. It’s one that everyone can learn from.

The Hawaii Emergency Management Agency clearly could have used a better project communication plan, but then again, who couldn’t? 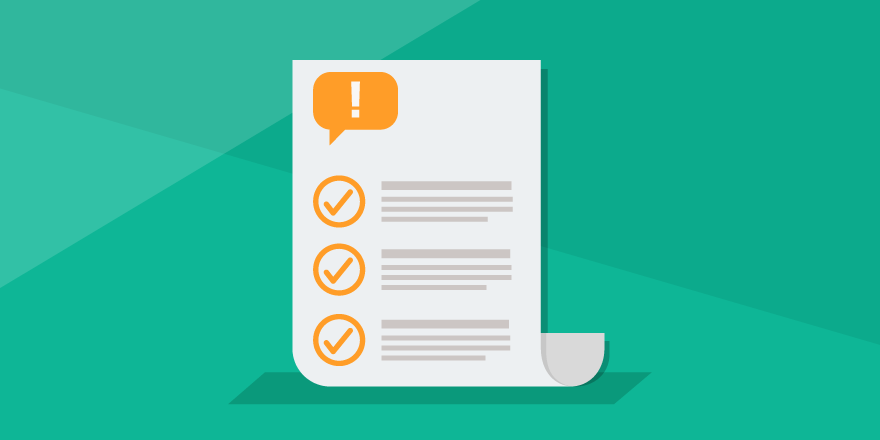 Why you need a project communication plan

You can have the best people, the best equipment, and the best project management software money can buy, but still your entire project can come gloriously crashing down because of a simple breakdown in communication.

An important message isn’t communicated clearly and is sent to the wrong audience, then the follow-up message isn’t sent in a timely manner or via the appropriate channel… and suddenly millions of people think that nuclear missiles are hurtling toward Hawaii.

Hopefully your team doesn’t have to deal with potential incoming nuclear missiles, but you never know what unexpected changes will come along during a given project. If you at least know ahead of time how your team will share information in response, though, you’ll save lots of time and confusion.

A checklist for how to build a project communication plan

This checklist will walk you through all the steps you need to take before delivering any message. It’s versatile enough to handle almost every scenario, but you’ll need to use your own judgement as a project manager to fill in the blanks.

But don’t worry: Along with every step, I’ve included the question or questions you should answer before proceeding to the next step.

1. Determine the desired outcome of your communication

THE QUESTION:  What outcome or action do I want from the recipients after dispatching my message?

You shouldn’t begin crafting your message until you figure out what your message is intended to do. Does your message require an immediate response from a recipient after an unexpected setback, or is it a regular weekly status report letting stakeholders know that everything is going according to plan?

The first scenario should include explicit instructions to the recipients on what action is required on their part and information regarding a follow-up meeting. The second might not require any response at all.

THE QUESTION:  What communication channel(s) will get my message to the intended audience as quickly and thoroughly as possible?

Are you sending an internal memo to your development team, or a status update to the customer? Each scenario calls for a different channel.

Your development team might be used to getting messages from you on your collaboration tool, while your project management software might feature a secure channel for communicating with external stakeholders.

These expectations should be established during the project kickoff stage and followed throughout the project.

If you send a status update via email one week, then via collaboration tool, then via text message, you will likely confuse and lose the trust of your team.

THE QUESTION:  Who is this message intended for?

If your message is to ask two programmers to work overtime over the weekend to complete a critical deliverable, do you really need to send out a companywide email?

Has your team identified a dangerous flaw with your product that the public needs to be made aware of immediately?

These are two totally different audiences, and you need to determine who you’re communicating with before you just start shooting off emails.

If you continuously send messages to people to whom those messages are meaningless, they will eventually just stop reading your messages, which becomes a problem when you actually need to communicate with them.

Think of it as the “Boy Who Cried Wolf” scenario, or the “Co-Worker Who Always Replied All.”

4. Determine who will be the voice of the communication

THE QUESTION:  Which member of the team is most qualified and appropriate to deliver this message?

When you’re delivering a message, you want it to hold weight. In other words, you want your audience to trust and place value in the message they’re receiving.

On the other extreme, you don’t need your founder and CEO to fly in from Germany to announce the summer potluck picnic at the local park.

5. Prepare and deliver the message in a timely manner

THE QUESTION:  Is your message clear, concise, and completely factual? When does it need to be sent for the recipients to act on it?

Finally! After all that preparation, it’s time to actually communicate.

This step actually encompasses several parts, such as drafting, editing, and proofreading your message. Entire textbooks have been written on business communications, and you could go through multiple advanced degrees without mastering the discipline, so I won’t try to summarize anything here.

But for our purposes, the important thing to remember is to check and double check not just the grammar and spelling but also the tone of the message you’re sending.

You don’t need to look far to find organizations that botched this step, and paid a steep PR cost for it. An embarrassing typo or insensitive comment can be damaging, even in an internal memo to three people.

In addition to the content of the message, timing is also important.

The elusive “best” time to post on various social media platforms is changing constantly, but here is a guide from HubSpot. Use common sense: Do you think more of your team will process an email that is sent on Monday at 10 a.m., or 9:48 p.m. on Friday?

6. Monitor the communication channel for feedback

THE QUESTION:  How can recipients of my message respond, and who will be monitoring the channel to respond to them?

So you’ve crafted your message, identified your speaker and audience, and delivered it on all the appropriate channels. You’re all done, right? Not so fast.

Communication is a two-way street, and your audience will inevitably have questions and feedback. If one of your stakeholders asks a question about the proposed new budget only to get radio silence in return, your communication has failed.

Ideally, the party who delivered the message should also be the one monitoring the channel (email, collaboration tool) for feedback, but in some cases a team (the IT team, for example) should monitor the channel to ensure a more timely response than one individual would be able to deliver.

Even if the Hawaii Emergency Management Agency had followed this plan, they might not have been able to avoid the unfortunate false missile alarm earlier this year. But a good project communication plan could have helped the agency quickly and clearly rectify the situation and better handle the aftermath.

Good project communication can be challenging at times, but with the right people and processes in place, you’ll have a foundation set for better decision-making.

Would you add anything to this list? What are your best tips for communicating with your team? Please share them in the comments below.

Senior Content Writer @ Capterra, sharing insights about retail. Published in PSFK, Modern Retail, and the Baltimore Sun. Austin transplant. I love spending time outside with my dog or floating on the Colorado River in my inflatable kayak.