There’s no instruction manual for expanding your small to midsize business (SMB) to another country, for whether your software is even of interest to businesses in other countries, or for what businesses would be most interested.

Without that information, you don’t know the best countries to explore—or how to market your product once you get there.

If you take marketing strategies that worked in the U.S. abroad, you could very well be pouring money into a non-targeted marketing campaign that won’t give you a positive ROI.

For SMBs with limited financial resources?

Using France and Germany as case studies for international expansion

Capterra asked 270 SMBs in France and 270 in Germany about their 2019-20 business software budgets and purchasing intentions. In this article, we’ll take a look at where each country is similar, where they differ, why, and what it means for your SMB.

France and Germany are both fiscally strong countries (ranking third and first, respectively, in the EU) that have exhibited consistent adoption of myriad technologies. Looking at these countries’ tech budgeting plans can provide a clear picture of the forefront of EU technological interests.

Though you might not be interested in expanding to these countries specifically, our survey methodology, results and analysis will guide you toward questions you could—and should—ask about wherever you are looking to expand.

In addition to providing a good understanding of both the French and German markets, the information below will help you identify trends to look for in other countries as you build your SMB’s targeted marketing campaign.

2019 tech budgets for France and Germany

More important than gauging a country’s general interest in your product is seeing which types of software a country’s businesses actually budget for.

There’s a difference between the two.

Here’s an example: When we asked what branch of technology was most interesting to French SMBs, the second ranking answer was virtual and augmented reality. In response to a question regarding which tech is actually budgeted for, though, it doesn’t even break the top ten (Figure 1).

As for Germany, a country that—when we asked—expressed a deep-seated interest in blockchain, there’s very little money actually designated for investment in the technology.

Figure 2 shows the top ten most budgeted-for tech by software type for German SMBs. Here again, the difference between interest and opportunity is painfully apparent.

Where they overlap, and why

Eighty-seven percent of SMBs in France and 92% in Germany claim that cloud computing is either beneficial or critical for their business. It’s scalable and takes responsibility for maintenance and storage out of their hands, letting these businesses focus their attention and resources elsewhere.

As for data and information security software, the explanation lies in the EU’s General Data Protection Regulation (GDPR), which went into effect in May 2018. The GDPR imposes massive fines for any company that doesn’t offer adequate data protection, fines that can put an SMB out of business.

With that in mind, it’s clear why both French (100%) and German (95%) companies consider this tech beneficial or critical for their business.

You could be in violation too! Any company, regardless of country of origin, that stores the private information of EU citizens is required to meet GDPR standards. For information on what to do if you’re not compliant (or worried you might not be), check out this article.

Why are French businesses budgeting for CRM?

As recently as two years ago, French SMBs demonstrated a general hesitance when it came to CRM adoption.

Businesses are now becoming more buyer-facing throughout the country. Within the next two years, 86% of French businesses expect to see the benefits of CRM software, including a shortened sales cycle and better client relationships.

Because of the shift in values, those benefits are becoming more important.

Why are German businesses budgeting for finance/accounting software?

Ninety-five percent of German SMBs say that finance/accounting software is either critical or beneficial for their operations. Within the next two years, 90% of respondents expect to benefit from investing in this software.

Germany is the trade hub of the EU, something we’ll get into later. Because of the constant influx and output of goods, services, and money, it tracks that such software would be a worthwhile investment for German companies.

If your company deals in any of the top ten types of tech shown in Figures 1 and 2, our survey shows that though there might be competition, there’s a lot of opportunity in France and Germany.

If your company doesn’t offer those types of tech, take a look at some of the reasons the top three are the top three: they’re all scalable and have proved themselves vital to SMB success. The trick for your business is showing how these reasons apply to your product offering.

What industries are buying which software types?

The next step is figuring out who you’re marketing to. This ultimately varies pending on the software itself.

West of the Rhine 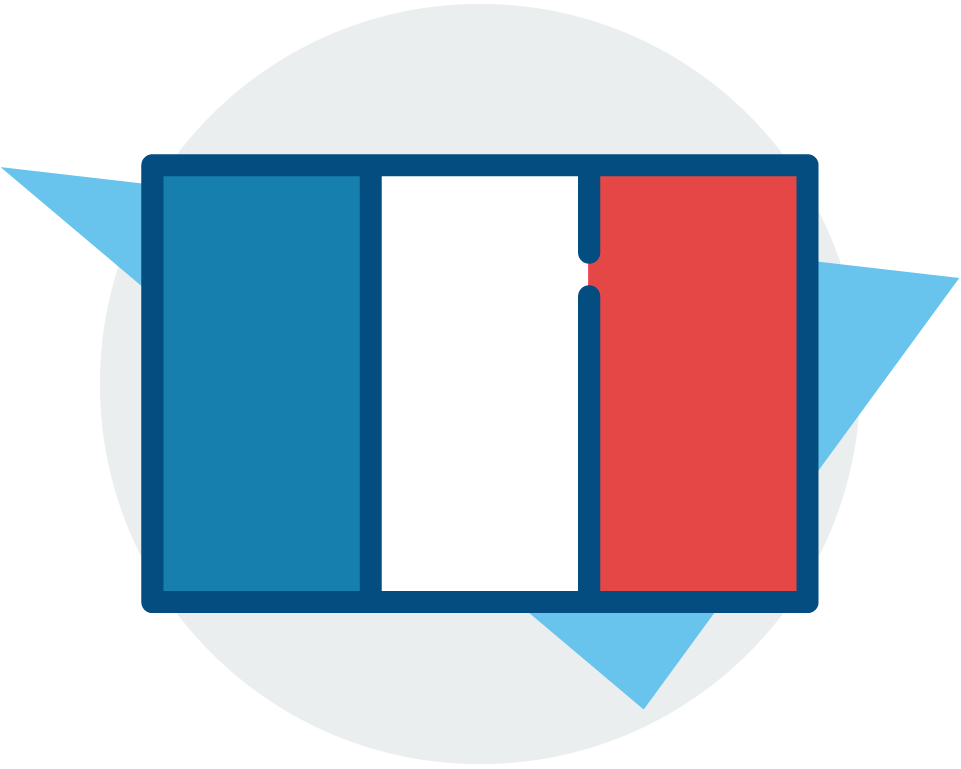 We asked each of our respondents in France for a breakdown of their budget for each type of software in the coming year.

The below graphs show, for the three software types with the highest rate of budget allocations (from Figure 1), which industries have the most money allocated and their average budget for each type.

We don’t have the space to go in depth into each of the top three or the time to go into the rest of the top ten from Figure 1. However, the below will show how you and your SMB can approach analyzing data regarding budgets, interest, and your own software.

Cloud computing is most beneficial and most costly when there are a number of different SaaS and PaaS being employed and when large quantities of storage space is required.

Insurance, communications, and retail companies all need a number of different programs to operate and also require a great deal of storage space for the requisite information.

There’s a massive gap between banking and financial services and wholesale trade and the other three industry budgets shown here. The top two industries involve large sums of money, frequent transactions, and record a great deal of private information.

Beyond the basic necessity of keeping such information secure, these services must meet not only EU regulations but also requirements imposed by international governing bodies. In these industries, businesses often find it better to err on the side of caution and ramp up security as much as possible.

The ubiquity of utilities in almost every home means that utilities companies are fundamentally operating with the customer as their focus. This means that a large portion of their budget must be dictated by CRM software.

The same is true, albeit to a slightly lesser extent, for wholesale traders and HR providers. While the latter two have other software concerns that they need to allocate resources for, they’re still predominantly driven by customer interactions. This renders CRM software a top priority for all three industries.

East of the Rhine 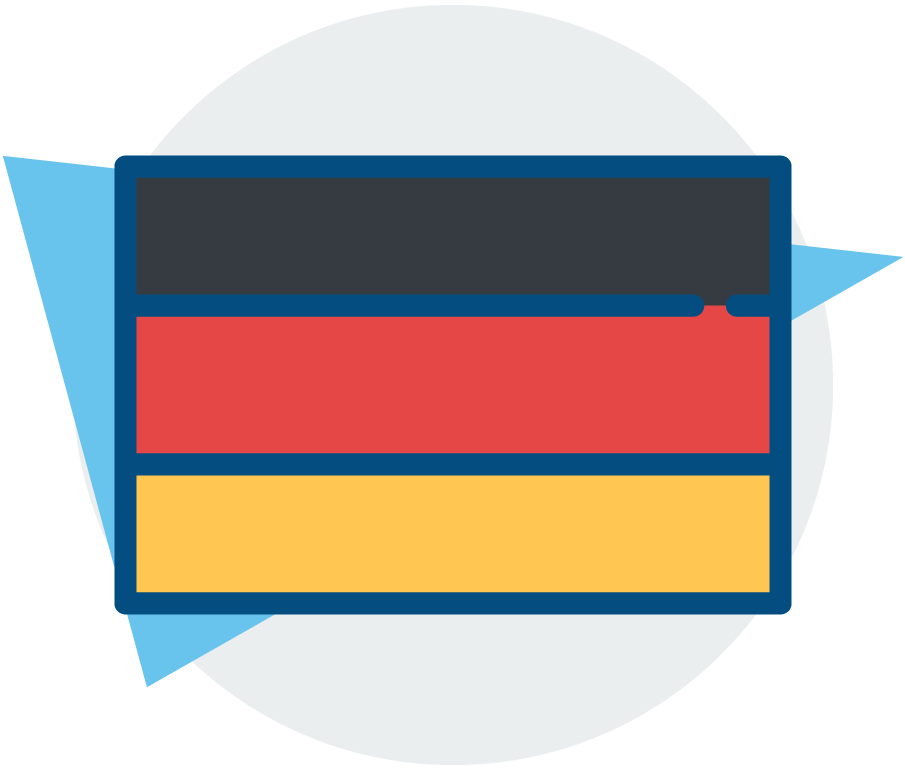 As we did with France, we asked each of our German respondents to give us their budget for each software type they plan on investing in for 2019. Below, we take a look at the largest budgets by industry for each of the top three software types from Figure 2.

Here again, these graphs and analysis can serve as examples for how your SMB can approach analyzing data regarding budgets, interests, and your own software for Germany.

If you take a look at our piece on the U.S. results of this survey, you’ll notice that Germany and the U.S. have similar results both in terms of which software types have the highest rate of budget allocations for 2019 and which industries have the most money set aside for each of those types.

This could be attributed to the similar roles the two countries play in the global market.

Germany’s government is a sprawling behemoth involving local, regional, and federal bodies with countless departments, all of which have to work together under a centralized system.

Cloud computing allows for a unified system, facilitating communication between those departments/bodies. As the complexity and scope of system requirements increase, the cost to the government scales up exponentially.

Transportation is the standout here and includes freight, couriers, warehouses, airports, railways, and motor travel. Germany is a massive international trading hub because of its size, fiscal stability, central location, and utilization of multiple types of trade.

The country is also a huge manufacturer, contributing a quarter of the EU’s overall manufacturing services, according to a 2018 survey.

Both the transportation and manufacturing/natural resources industries allocate such large budgets for data and information security because of their international importance and activities involving large quantities of sensitive, privileged data.

Germany’s economy, overseen by the government, is undisputedly the strongest in the EU with a GDP of $3.5 trillion (USD).

The country’s success comes from trade, manufacturing, and banking and financial services, all of which contribute to substantial countrywide budgets for finance/accounting software.

If your SMB sells any of these software types, use this information to figure out which industries you should market your product to. Each has different budgets and unique priorities that could make your software invaluable.

If your SMB doesn’t provide one of these four software types, all of this information demonstrates how vital it is to truly understand the economic landscape of any country you’re thinking of selling to.

Research what that country is known for and how your product can be applied in any of its largest fields. Then, use that information to build your targeted marketing campaign.

What this information means for you

Our survey data shows that French and German businesses are willing to invest in a variety of software types, but that doesn’t mean they’re the only option out there.

Research before you plan or undertake your expansion, otherwise you won’t be able to market appropriately or convert your leads into sales. Your research should dive into the culture of that country and answer questions such as:

You’ve succeeded domestically by researching and building your knowledge base. Expanding internationally is the next step and requires the same effort. It’s a big, but worthwhile, risk.

Capterra conducted this survey in June and July 2018 among 540 France and German-based SMBs with more than one employee and annual revenue of less than $100 million. The survey excluded nonprofit organizations. The qualified respondents are decision-makers or have significant influence on the decisions related to purchasing technologies for their organization.

Adam Rosenthal is a Senior Specialist Analyst covering Vendor Marketing. He received his Masters from the University of Chicago and worked on several TV shows you might have heard of.

Learn How Capterra Can Drive More Software Leads to Your Site